We have been in business for more than 14 years, developing and building new structures, additions and making alterations and repairs to homes on the islands and shorefront of New Hampshire’s Lakes Region.

Clason Remodeling Co. is an award-winning remodeling/renovation firm serving the Lakes Region. We employ a talented and dedicated team who are uniquely qualified to remodel and renovate your home or building to your specifications. Additionally, we have a full custom cabinet shop equipped to design and craft beautiful cabinetry, built-ins, and other ultra-custom features for your home. Our team brings the experience you want when renovating and remodeling a vacation home, lake house, or even an historical restoration in the Lakes Region.

The owner, Kurt Clason, began the business in 2006 after retiring from a career as an officer in the United States Coast Guard, running industrial bases, ANT (Aids to Navigation Team) teams, and lighthouses up and down the North Eastern seashore. Woodworking has always been a part of Kurt’s life. Surrounded by mentors such as his grandfather, dad, uncle, and father-in-law, Kurt has been in the building frame of mind since his birth in 1964, and is now a mentor to his son Dylan. Kurt’s engineering background and creativity are best displayed in his faultless execution of client specific remodeling projects and the exceptional cabinetry he creates.

Whether you are seeking a whole house remodel, a kitchen or bath remodel, or an addition, Clason Remodeling Co. can help create the home of your dreams, with quality woodworking that will last for generations.

We are excited at the prospect of creating your dream home. Whether we design your remodel/renovation or you work with an architect, we will coordinate with you every step of the way to make sure your home is the exact space you are looking for.

Learn More About Our Process

With a Bachelor of Science in Marine Engineering from the United States Coast Guard Academy and a Masters Master of Science and Management from Hult University, Kurt brings over 45 years of building passion and knowledge to work with him every day and is always happy to discuss Remodeling your project.

In addition, Kurt is also a NAHB Certified Aging in Place Specialist and Certified Graduate Remodeler.

Dylan began his building career with his father, Kurt, while still in high school following Kurt’s retirement from the Coast Guard. Dylan built his first home with his father over the summer of 2006 on Cow Island.

Dylan continued to work with his father over the summers throughout high school and college. After graduating from the University of Vermont, Dylan worked full time for the company for 1 year before he entering Law School. He went on to complete his Juris Doctorate at the University of Maine School of Law and passed the Bar Exam in July of 2017. In October of 2017, Dylan entered into private practice where he remained for a year before returning to Clason Remodeling. Bringing this knowledge of construction and law, Dylan now serves as the Vice-President and In-House Counsel for Clason Remodeling.

Dylan is also a member of the Legal Action Committee for the National Association of Homebuilders and is an NAHB Certified Green Professional. 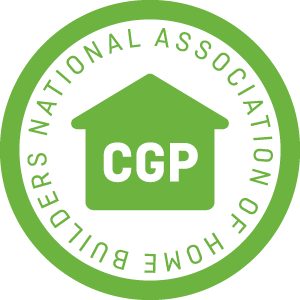 Ed Scribner is the project supervisor for Clason Remodeling, Ed has been in the construction industry for over 33 years.

Ed brings expert knowledge in how a construction company is run and it shows in his attention to detail, in his craftsmanship, and in his ability to manage job sites. Ed grew up in the Lakes Region and has continued to make the Lakes Region a better place for everyone to live and enjoy through his many years working in the area.

Deric brings over 33 years of experience to the team. Deric began his construction career in Boston Massachusetts in the summer of 1987 working with his Uncle’s construction company before moving to the lakes region area where he continued to grow and develop his skills as an expert craftsman.

Deric’s craftsmanship and passion are unparalleled and that is why he leads our team in finish carpentry.

Your home is one of the biggest investments you will ever make.

We work with you to mitigate the risks associated with such an investment.

See How We Mitigate Your Risk